But in a tech world rapidly shifting to higher core count CPUs and PCIe 4.0 compliance, even the most entry level of entry levels needs to show some solid specs. 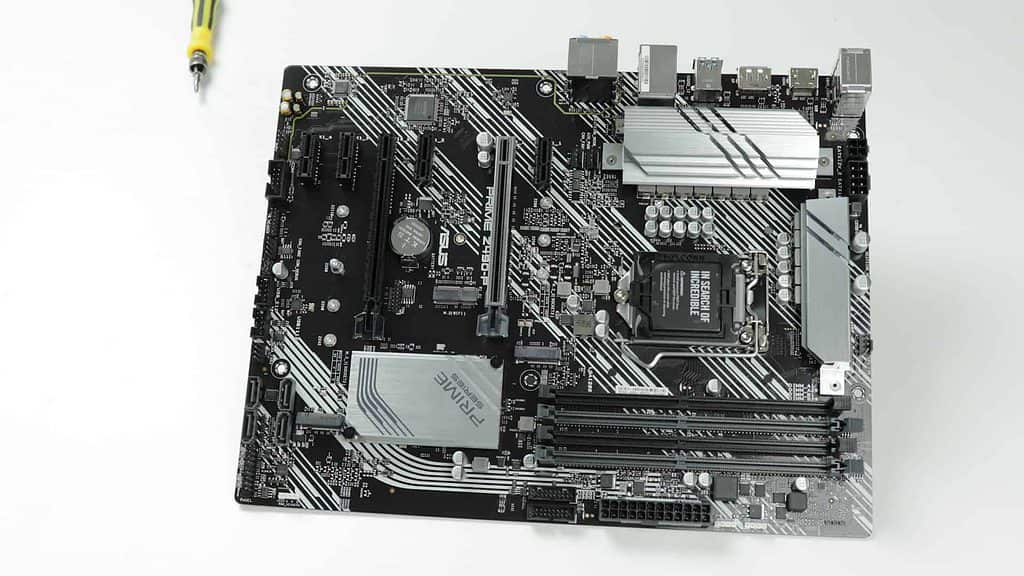 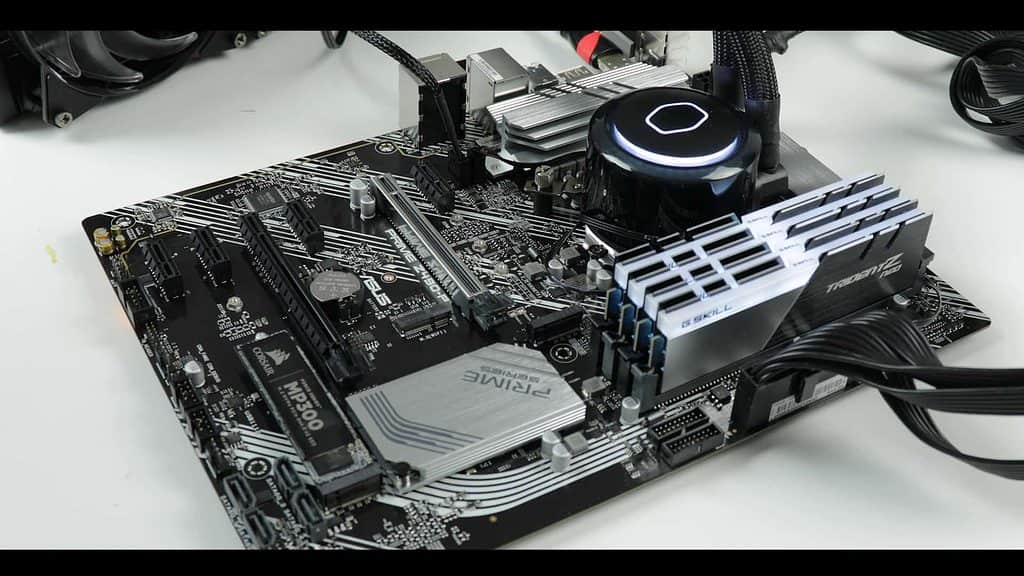 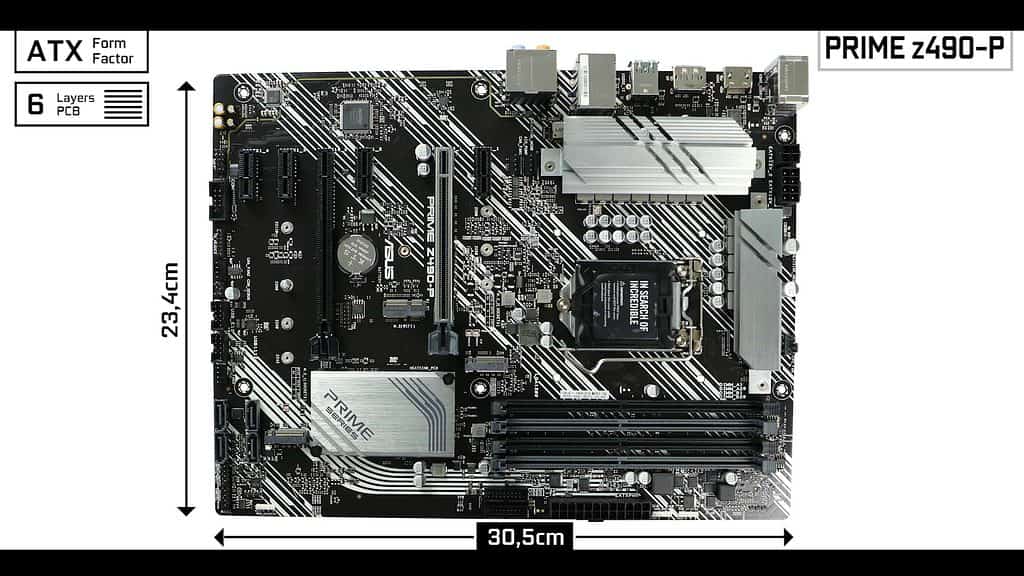 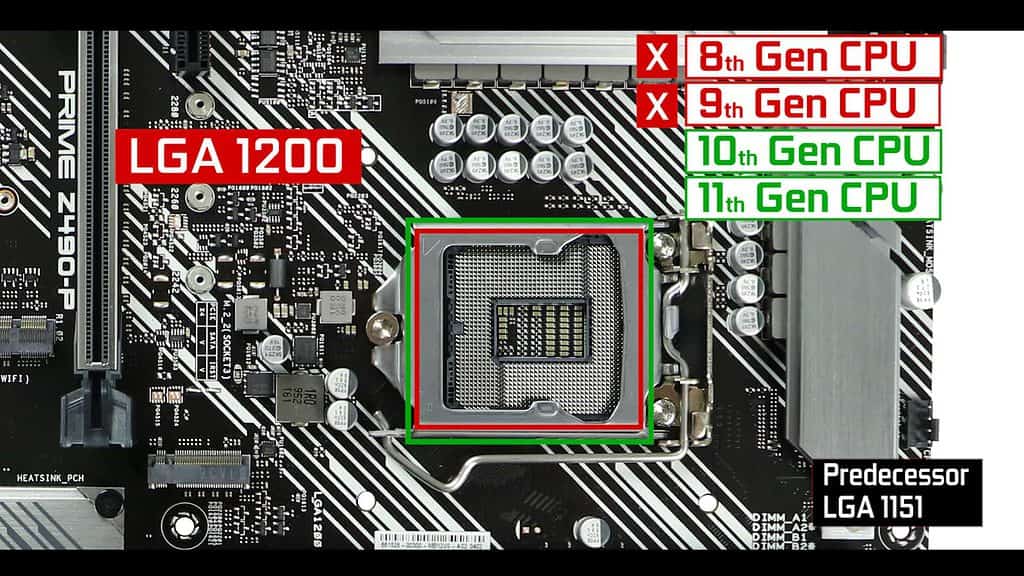 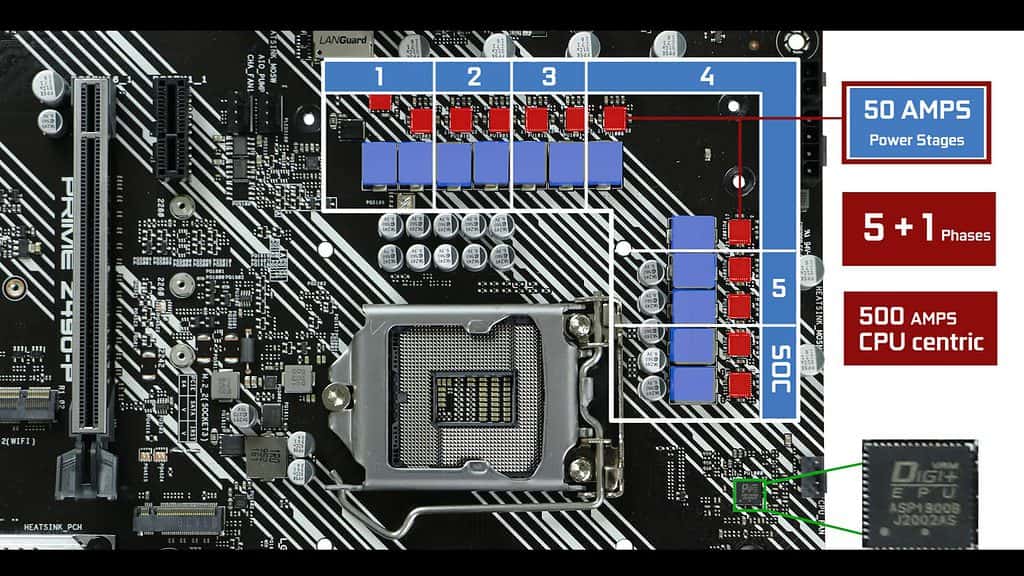 We are dealing with 12 50 amps Powers stages, 10 of which are CPU centric.

They are paired into 5 phases, delivering an honest 500 AMPs to our processor.
Obviously this is adequate to run and even modestly overclock any of 10th gen Intel CPUs. As fro the 11th Gen goes, we will need to see and wait, but I strongly suspect that it will be the same conclusion. 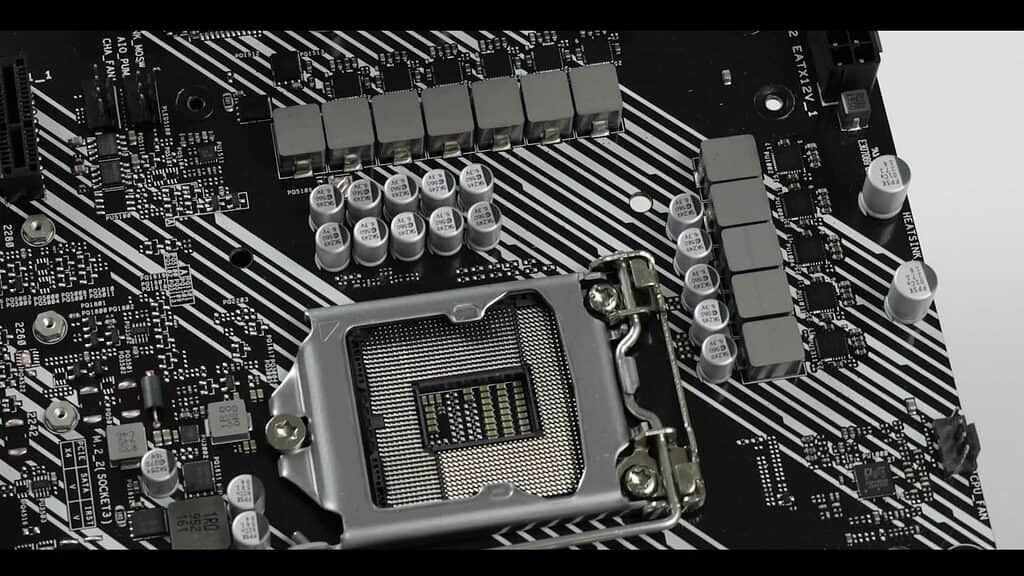 Second, we have improved, larger and heavier heat sinks, which do a great job at keeping our VRM cool at all time.

I’d like to note their double contact design, which makes a thermopadded contact on both Power Stages and chokes, which is one of these simple yet brilliant gradual improvements I absolutely love! Having both main VRM components treated with thermopads alternates in an immediate cooling benefit, and a faster heat dissipation ratio. Big kudos to ASUS for this!

The PRIME Z490-P can support up to 128 GB of DDR4 ram in a dual channel configuration. 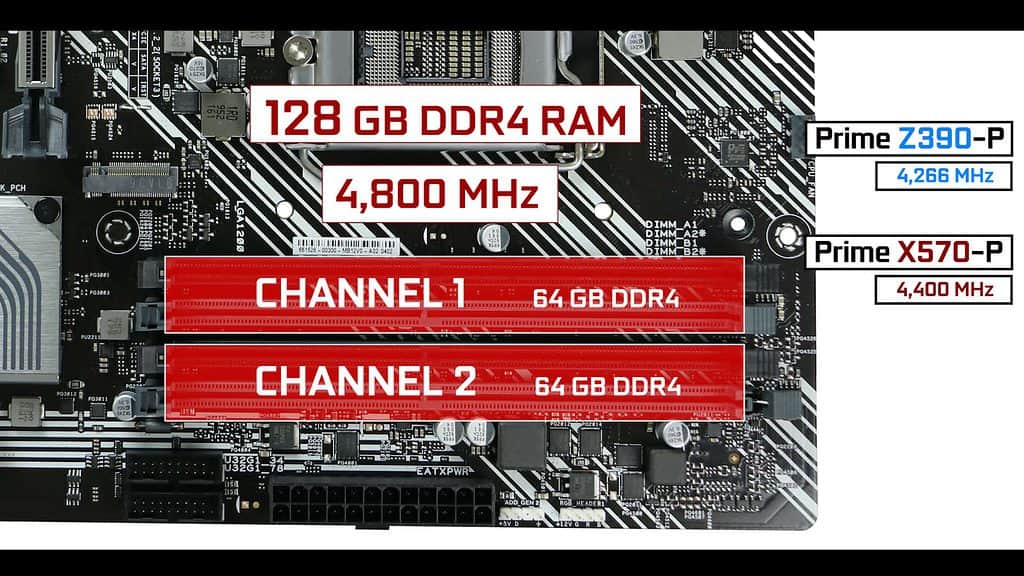 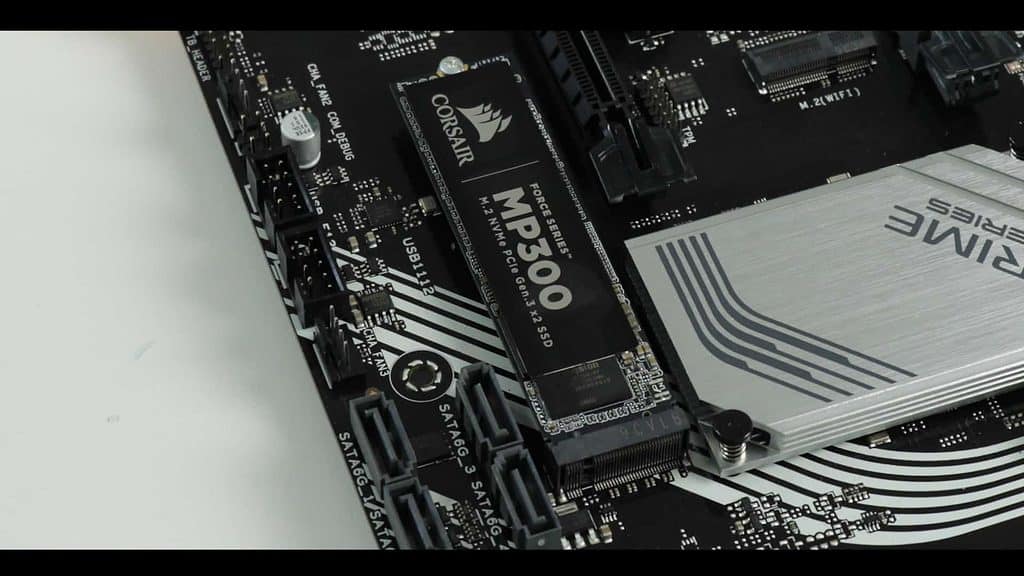 And since the board comes with no M.2 SSD heat-sinks, I would strongly suggest that you buy some with integrated ones.

When coupled with the 11th Gen Intel Core processors, our CPU-feed M.2 SSD will be operating at PICe 4.0 standard, and provided a PCIe 4 M.2 SSD, will see data swap peaking at a gargantuesc 64 Gbps. Worth noting, since our chipset is PCie 3.0 only, its depending M.2 SSD will always be capped at PCIe 3.0 standard, hence 32 Gbps. 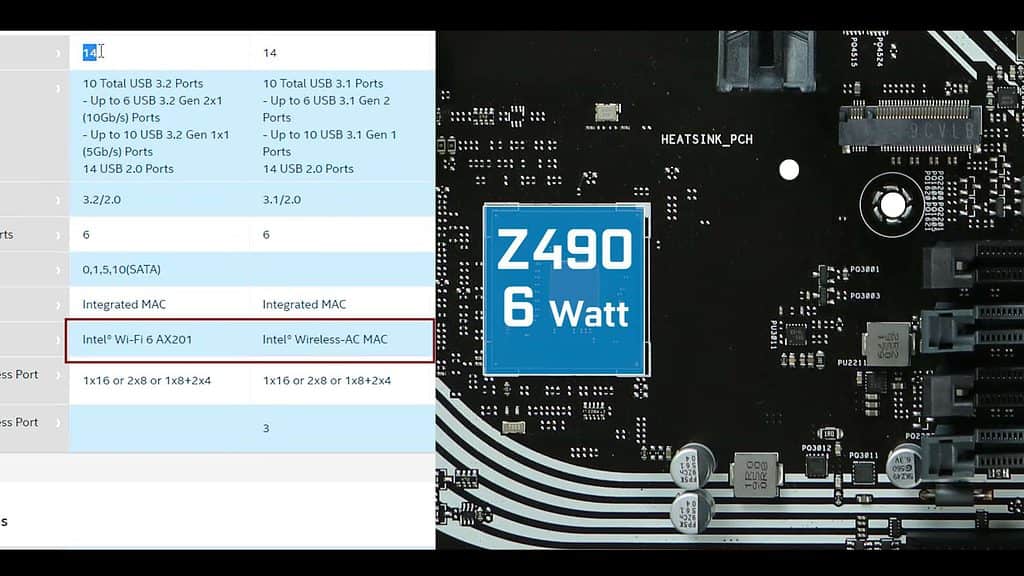 For more classical storage solutions, we have our usual SATA 3.0 plugs. 4 in total, with a transfer rate of 6 Gbs each. They can be configured to run into a 0,1, or 10 RAID configuration. 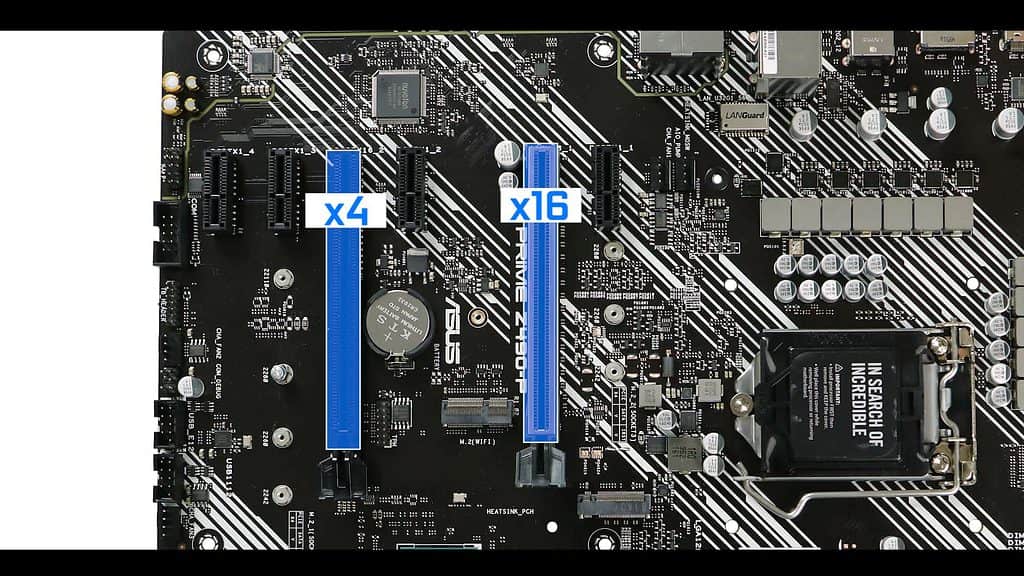 Definitely not a multi-GPU board, explaining the presence of a single metal reinforcement on our 16 Lane PCIe slot. 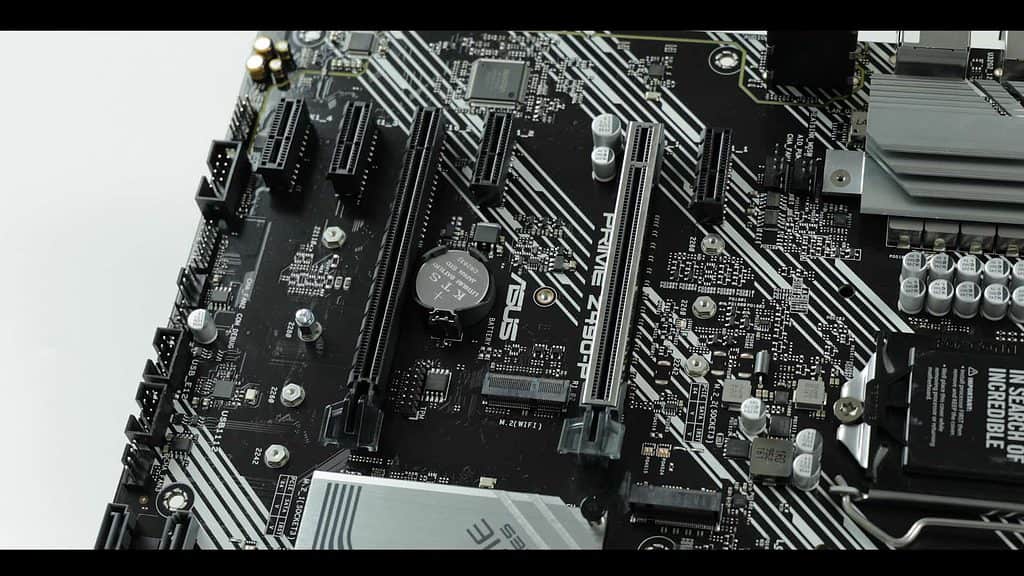 Note that the board only support Crossfire (x2) multi-GPU standards. 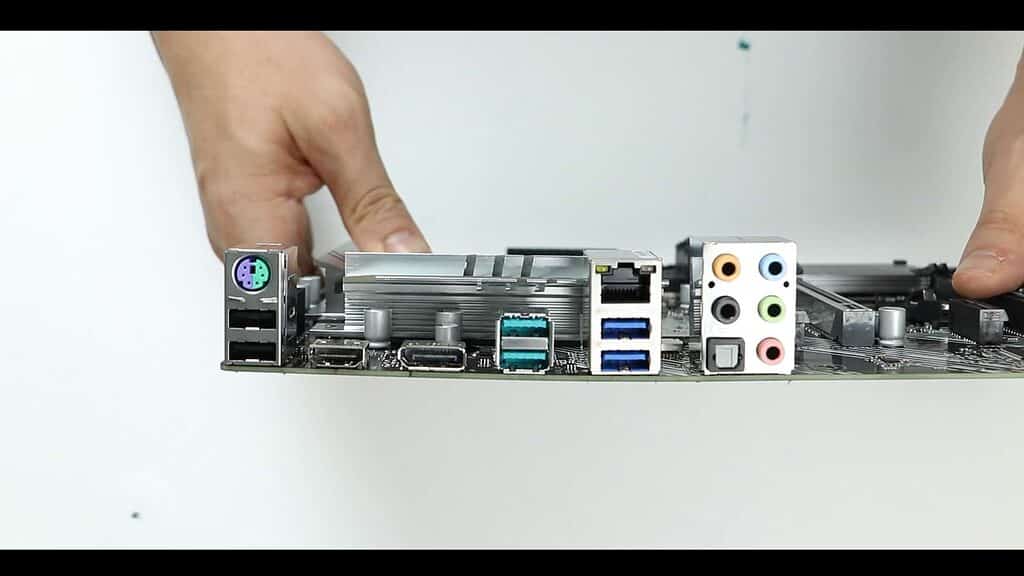 Back IO wise, we do have a very basic non-padded back plate, and I am not sure how much it would cost to add a couple of screws to keep that very simple plate fixed onto the board, but it seems to me that ASUS missed an easy and affordable opportunity to further demarcate itself from its competition, by providing an integrated IO plate.

It’d make it easier on everyone, less moving components on the build.

But let’s be honest, it sounds nothing like the ALC1220 featured on more expensive boards. We don’t have as many sound capacitors, and there is noticeable loss of sound quality when comparing them both. 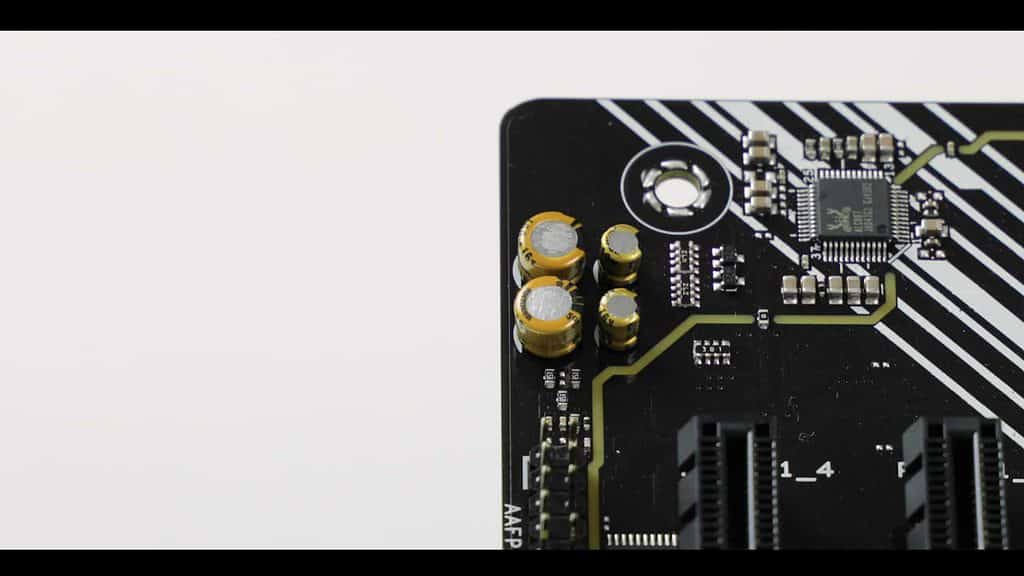 Additionally, the ALC887 is not the the best codec in terms of sound isolation, and despite having left and right audio channel on dedicated PCB layers, you can still make out some background parasites, which can be problematic when recording especially if your home is not properly grounded.But to be fair that is not what I was looking for in this board and this is easily fixable with an external sound blaster, which is quite affordable and infinitely better than any integrated sound codecs. Period.

We have no WiFi adapter but we do have a WiFi 6 onboard M.2 WiFi connector for future upgrade.

Overall the back IO is fine, but I find it a little unbalanced. The Z490 chipset has plenty more USB 3.2 nested in it and I would have loved to see 3.2 Type-C connector, which, in my opinion, should be always present on a Z4XX Powered Motherboard. 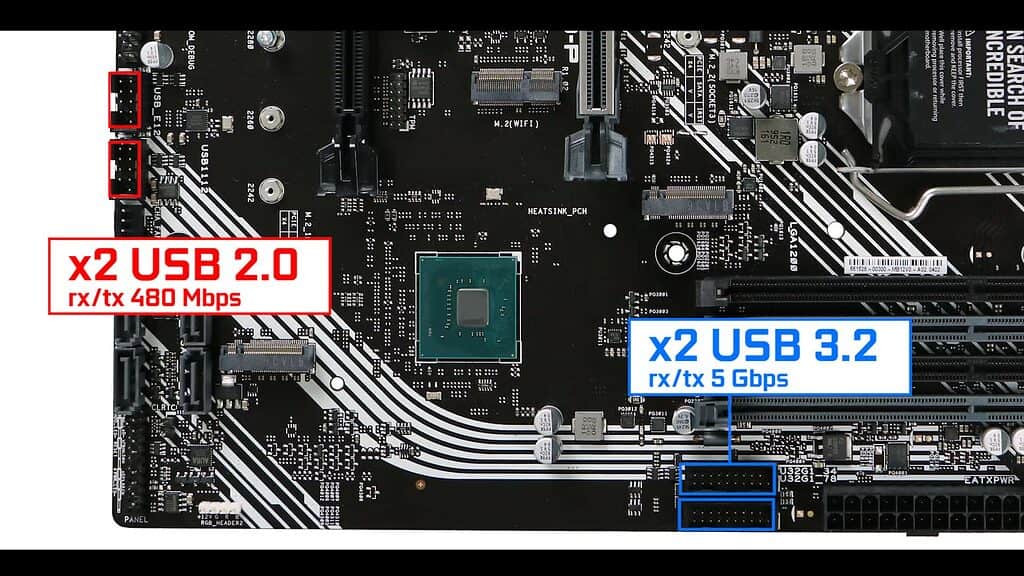 And As I mentioned earlier, I will regret the absence of the of a Front Panel TYPE-C, especially knwoing that we have none on the back-IO.

Not unacceptable, but ASUS can do better. We have 5 nested PWM FAN connectors, 1 of which can support an water coolers (AIO or dedicated).

But nothing more. Despite providing plenty of air-flow, and supporting a water pump, the PRIME Z490-P is here not an enthusiast dream, far from it. Which could have been the case if ASUS had decided to equip this board with hybrid connectors allowing multiple functions any any available connectors.

It would have given this boards an unprecedented level of agility which enthusiast would have most certainly appreciate.

Not a deal breaker, but, definitely something I keep on hoping for to see on any ASUS boards.

Well, here, I’ll go fast. We got nothing!

Not even an EZ debugger, which I do regret since I do believe that, it is a must on any Z4XX powered boards

We are dealing with higher power in and outtake, both PCIe3 and PCIe 4 bandwidth standards.  Having even the most basic troubleshooting feature goes a long way. Sandwiched in our the back of our PCB. The PRIME Z490-P  will cost you about 160 USD. About the same price than its predecessor on launch day.

Sure, I was disappointed with a couple of things in the peripheral section, no back IO plate, no USB Type-C , and no EZ-Debugger.

But these do not affect the core function and abilities of the board. These are adjustments I’d like to see and none of them cast shadow on the fact that we are getting 4 massive design improvements.  Massive!

1- We have a much more durable 6 PCB layers manufacturing process which allows a safe PCIe 4.0 support.

2- More than adequate VRM to optimally run and even overclock 10th and 11th gen Processors.

3- much faster RAM clock than ever seen on such a budget board.

4- And ill even mention a small yet appreciable improvement, the double contact VRM heatsink, which is such a simple evolution, it makes it brilliant.

The only reserve I would have, is if you are already on a 9th gen Intel Core CPU / Z390 build. If you got that, I would wait for the 11th Gen Intel Core processor to be released, and the introduction of the PCIe 4.0 standard on Z490 powered boards.

With the current 10th gen CPUs you ll still be stuck at PCIe 3.0 bandwidth level, and frankly talking, the performance differential between the 9th and 10th gen CPUs is too small to motivate an entire mobo + CPU upgrade.

But if that’s not your case, and are on the market for the best possible performances for the least amount of money, an easy yet solid first-time builder, and despite some IO adjustments, the Prime Z490-P really delivers more than its price tag suggests

The competition really needs to worry on this one.