The PRIME is ASUS got-to motherboard for most of the market.

Be a first-time builder, a seasoned gamer or even a transitioning enthusiast, the Prime series is where your money will most likely fall.

And rarely do you see a single product meaning so much for both of the largest players of the tech world, ASUS and Intel. 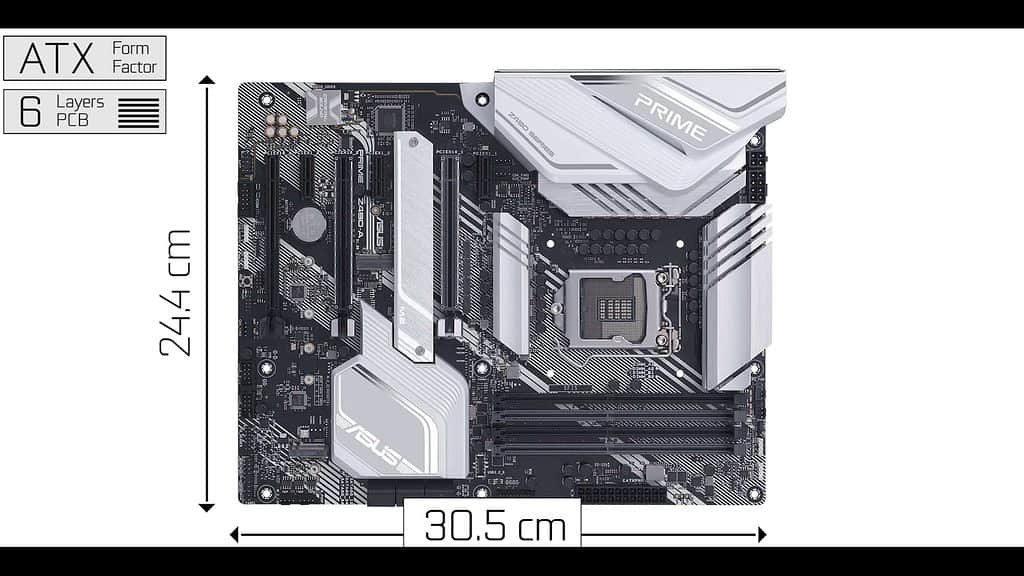 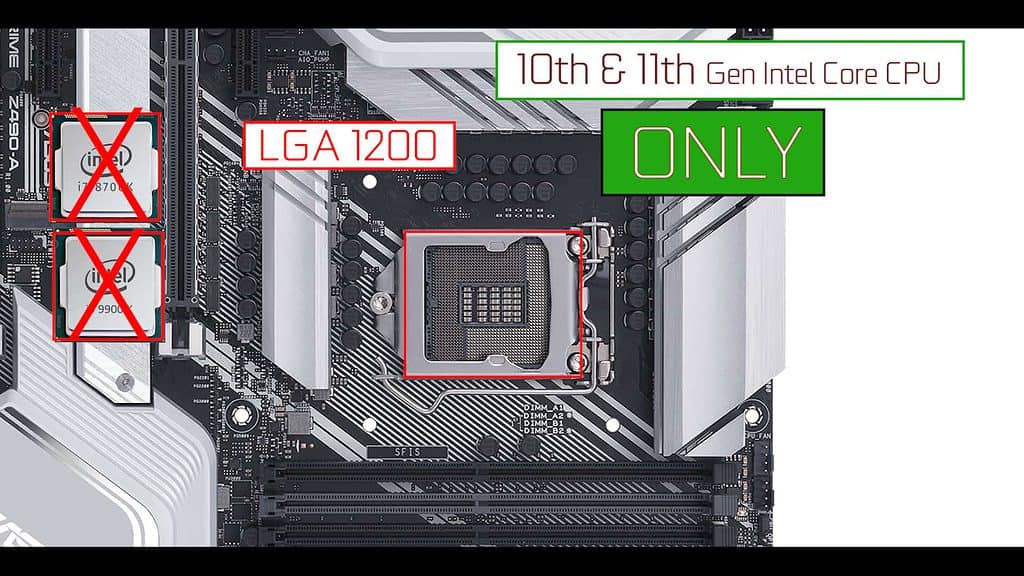 We are dealing with 14 45 amps Powers stages, 12 of which are CPU centric.

They are paired into 6 phases, delivering a whooping 540 AMPs to our poor intel CPU which has only up to 10 cores to handle this.
Obviously this is much more that the current 10th gen Intel CPU needs, and points at a greater number of cores on next years Processors. 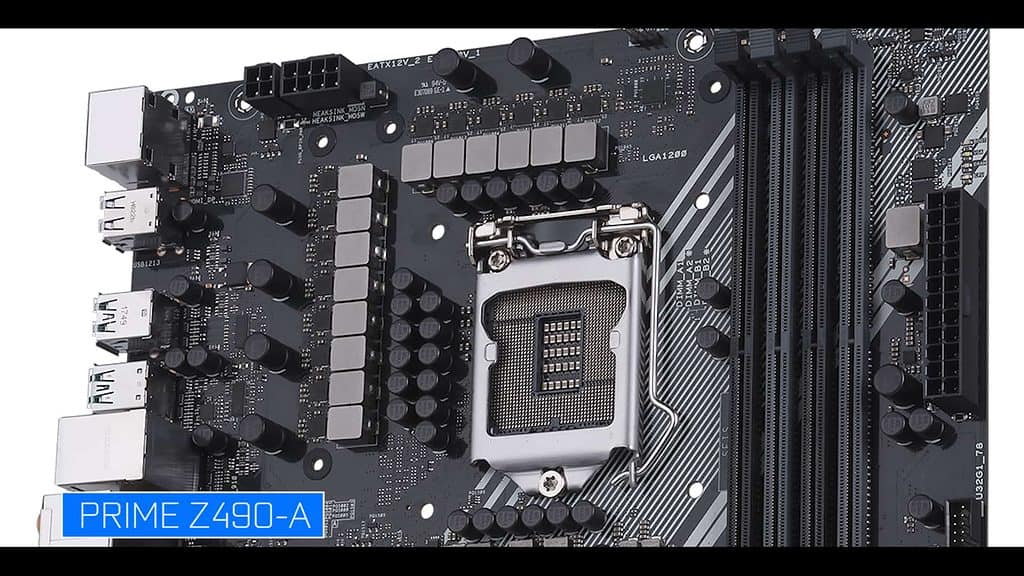 Third finally we have improved, larger and heavier heat sinks, which do a great job at keeping our VRM cool at all time. 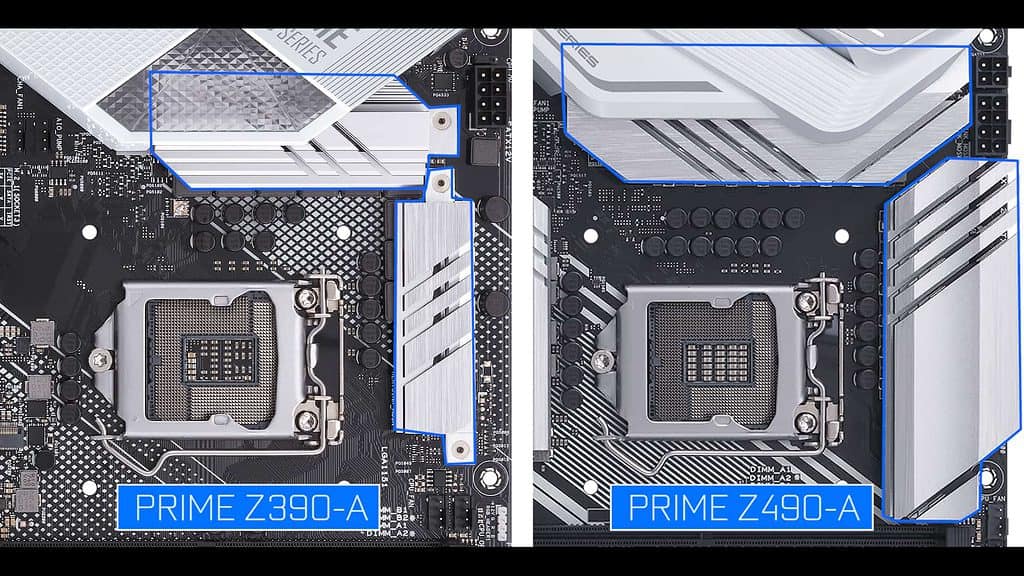 The PRIME Z490-A can support up to 128 GB of DDR4 ram in a dual channel configuration. 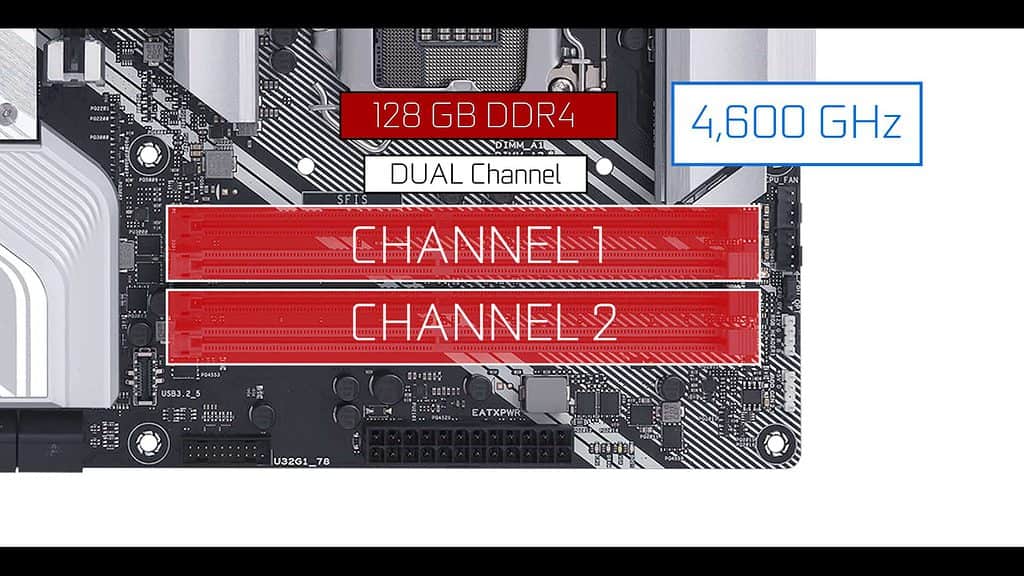 Luckily, we do have a rather impressive thermo-padded heat-shield  which do a wonderful job at keeping our stick cool in any usage condition. 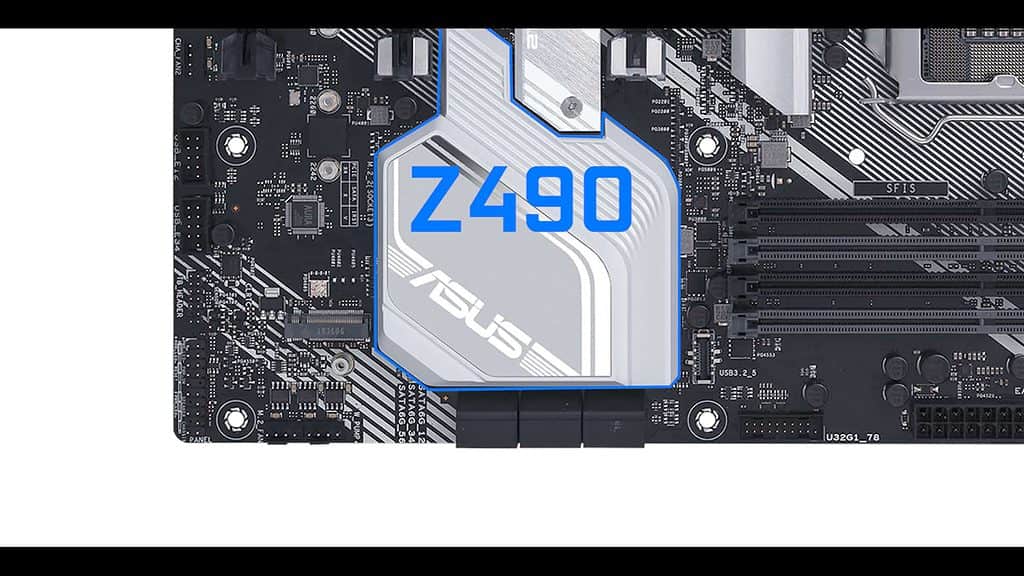 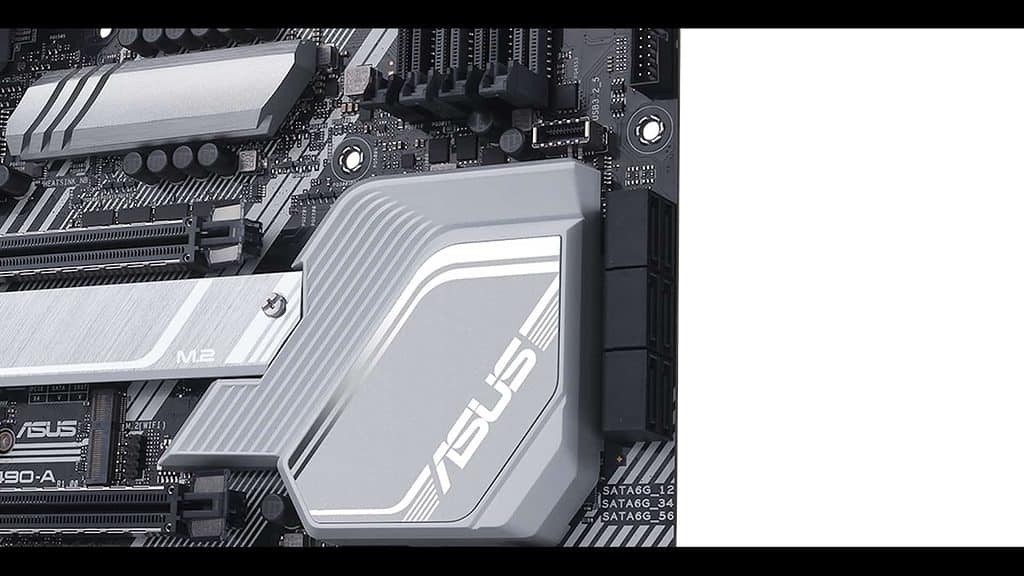 For more classical storage solutions, we have our usual SATA 3.0 plugs. 6 in total, with a transfer rate of 6 Gbs each. They can be configured to run into a 0,1, or 10 RAID configuration. 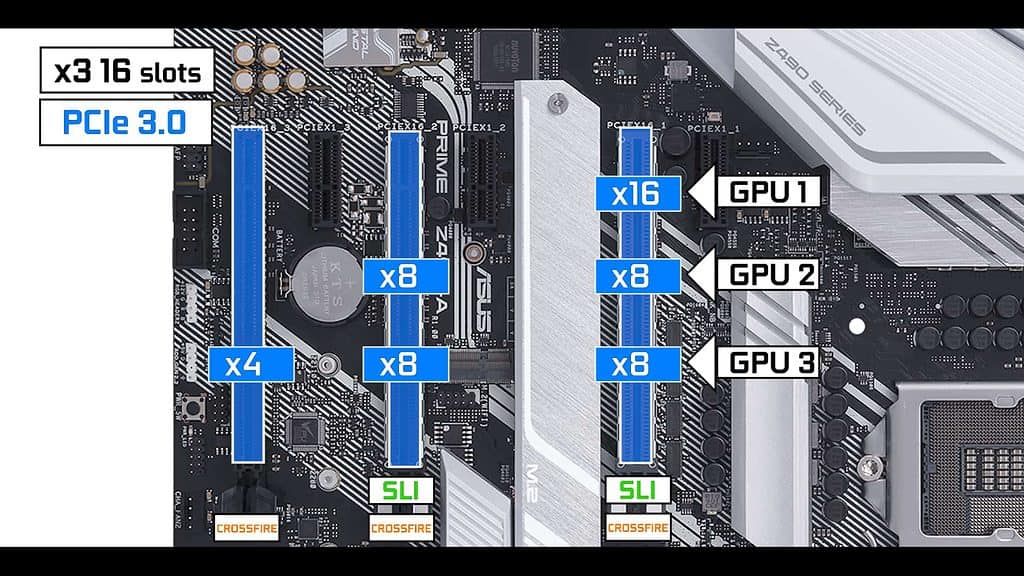 So a good board for a single or even a dual GPU configuration, hence the metal reinforcement on the 2 first 16 slots PCIes. No WiFi adapter but we do have a WiFi 6 onboard M.2 WiFi connector for future upgrade.

Overall the back IO is fine, but I find it a little empty. The Z490 chipset has plenty more USB 3.2 nested in it and I would have loved to see a couple more 5 Gbs plugs and possibly a Flash back / CMOS button as well.

There is enough room in the price tag for these! We have 7 nested PWM FAN connectors, 2 of which can support an water coolers (AIO or dedicated)

Definitely what you want to see on an enthusiast driven board. The Prime Z490-A can handle about any cooling solutions you will throw at it. Spanning from the classic air to the eccentric dual-loop custom water cooling apparatus. THe EZ debugger will give us a first-aide troubleshooting guidance one what stage of the boot your system failed. I cannot emphasize enough how different these two boards are.  The entire Z490 lineup is very different from their Z390 predecessors.  Intel is playing catch up with AMD both in terms of standards and CPU core count and that translated in a much more robust and performance centric line up all together.

The entire manufacturing process has been rethought resulting in a much more durable and stable motherboard all together.

The VRM is finally in par with its AMD counterpart, giving us much stronger multi core support and overclocking abilities.

This said, the Z490 advancements are not yet fully utilized with the current 10th gen Intel processor and will not be until next years 11th gen Intel CPUs.

So if you already have a Z390 configuration, there is not enough on the table to motivate a full board + CPU upgrade. Not until the PCIe 4.0 enable 11th gen intel CPU comes out next year!

But, if this is not your case, and are looking into a versatile  wide spectrum board, which can cater to about everyone on the market, from casual gamer to transitioning enthusiast, the PRIME Z490-A is where your money wants to be.

The entire manufacturing process has been rethought resulting in a much more durable and stable motherboard all together. The VRM is finally in par with its AMD counterpart, giving us much stronger multi core support and overclocking abilities. 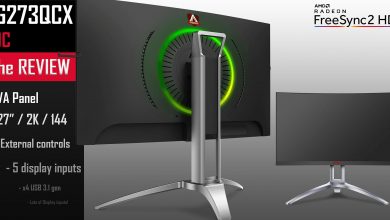 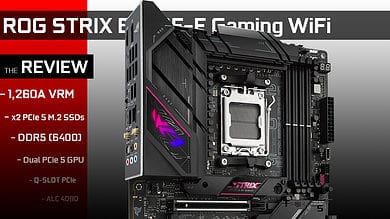 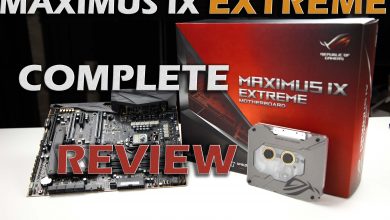