It’s here, I finally have it. Where to start?

The Threadripper 2990WX has big shoes to fil. Last summer, I had reviewed its predecessor and first of its kind, the Threadripper 1950X. It was a revolution of its own.

And of course, AMD is trying once more to repeat its miraculous feat and further “contribute” to the CPU market with a Threadripper second generation.

You will not need to change your motherboard. The X399 chipset is forward compatible and a simple BIOS update will suffice to run the new Threadripper 29xx CPUs.

It is all in all an identical processor than its previous generation, the Threadripper 19XX.

The Threadripper 2990WX is both docile and flexible, making it an enthusiast dream when it comes to overclocking it. I have found my sweet spot at 3.8 GHz, which is 800 MHz over the base clock. I have fixed the core voltage at 1.225 Volt and have free the power intake. And there, you need to watch out. This CPU was designed with a TDP of 250 Watts, but after overclocking it, and bench stressing it, I have seen constant intake at around 600 Watts, with peaks above 800.

No wonder AMD’s warranty will be void if you EVER overclock your CPU!

Same story with Blender 2.79, with even a larger performance gap.

Using JCE, I have tested the Threadripper 2990WX mining ability, and it did not disappoint. Results are far beyond what any CPU can produce on the market today. A 2.4 Kilo Hash/s is twice of that the Core i9-7980XE was able to output! 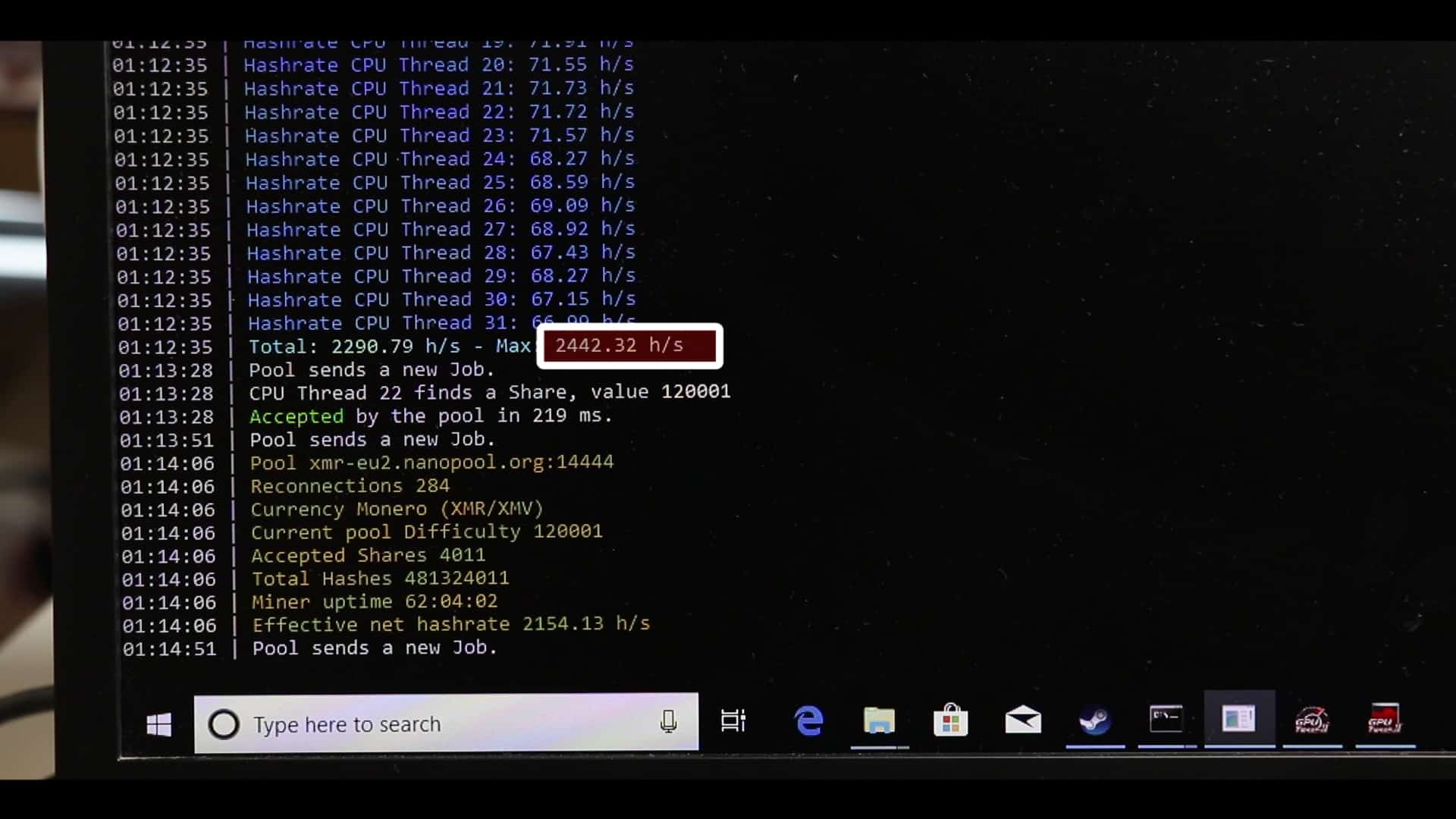 Same story with its Threadrippers siblings which pale in comparison.

Well, things took an unexpected turn there. The THreadripper 2990WX surprisingly under-performed all of its competitors, and not by a little! 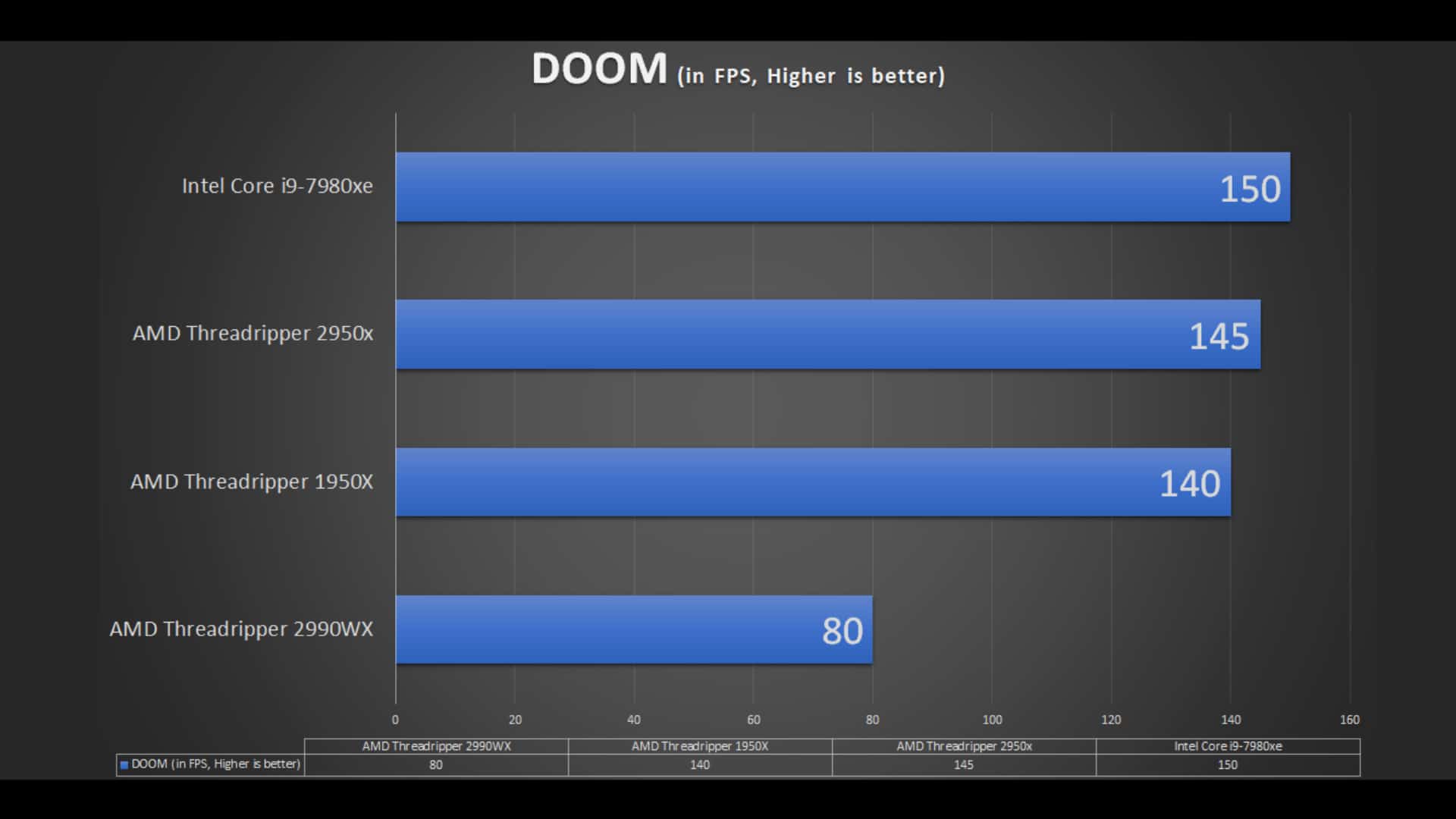 Both DOOM and Wolfenstein: New Colossus painted the same picture: almost a 50% performance loss in FPS compared to the Core Intel i9-7980XE and even its predecessor, the Threadripper 1950x! 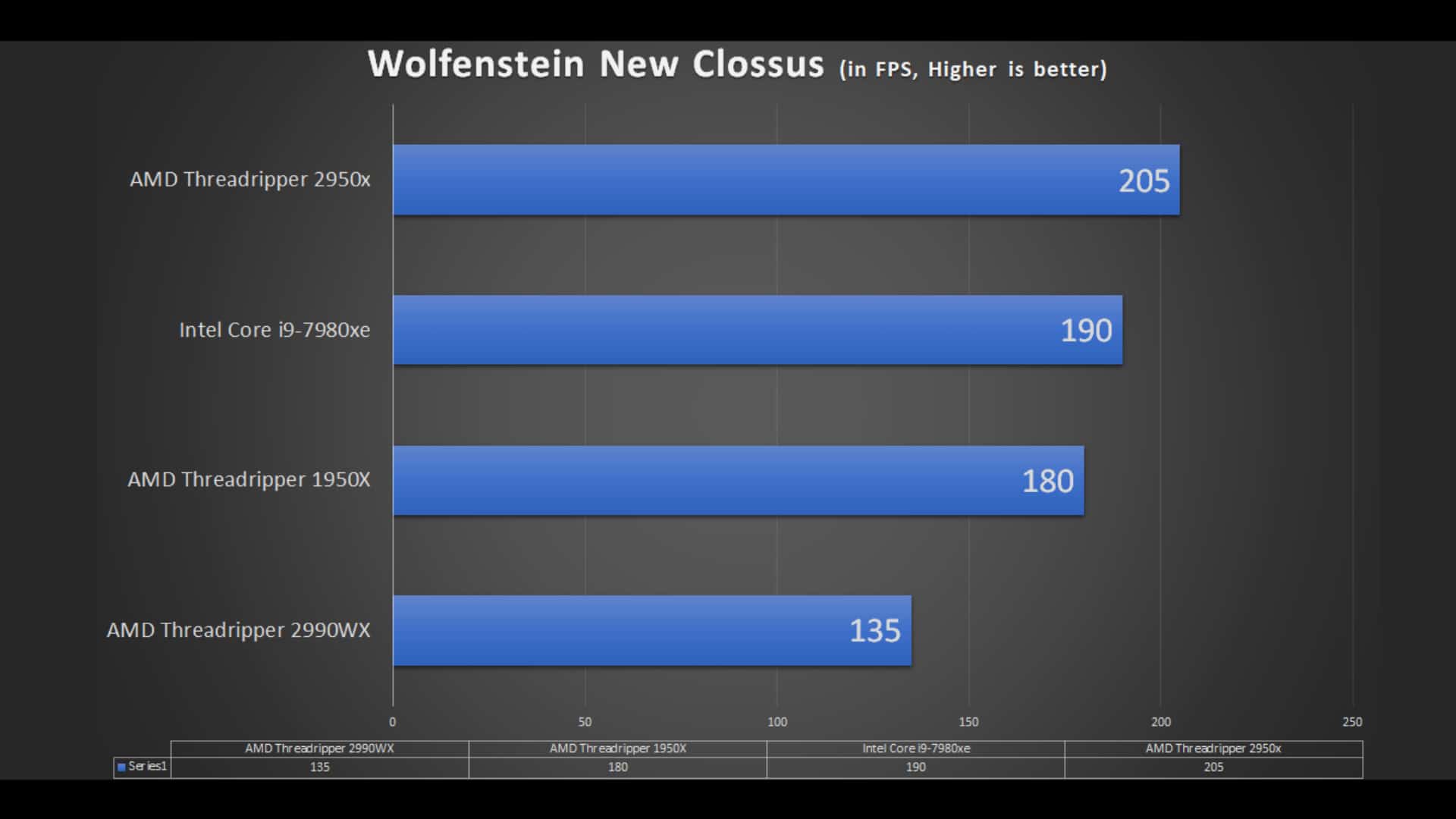 What is going on?

Simply said, the Threadripper 299WX has too many cores for a quad memory channel. 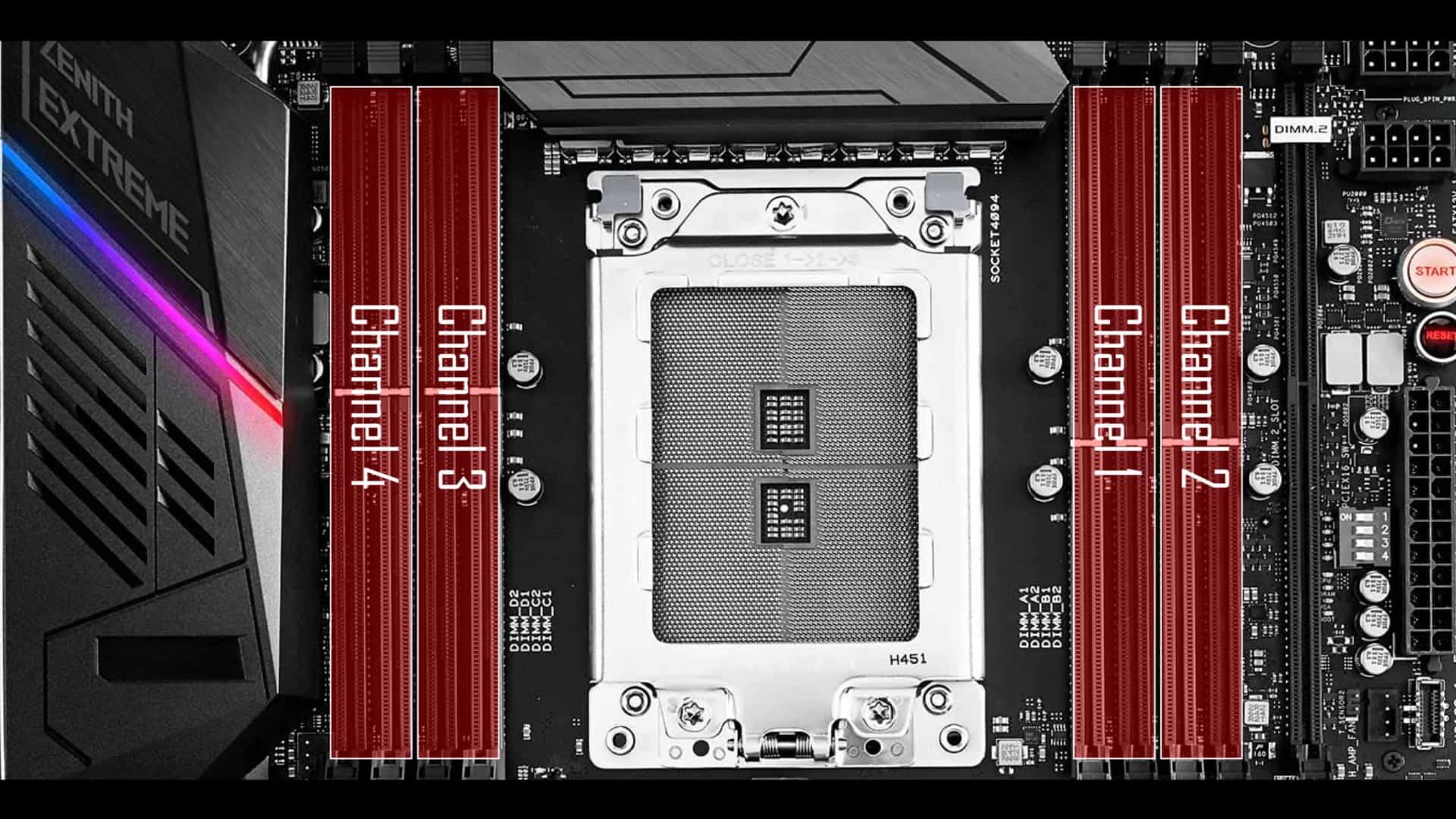 There is not enough available memory bandwidth to feed all the cores in the same time resulting in some of them staying idle whilst patiently waiting for some well-deserved memory.

So basically, if AMD doesn’t release an octo channel motherboard to go with its Threadripper 2990WX these are the limitations of the processor…

Unless of course you use AMD’s very own Master software and turn on the CPU Legacy Compatibility mode, which will give you the opportunity to shut down half (16) or 24 cores. In this very case, then, your CPU will act as a Threadripper 2950x or 1950X and you should see your gaming experience increase greatly.

But I cannot imagine users turning on and off the Legacy mode depending what software they will be running.

This is a computing CPU, it is here to crunch numbers and render gigantic amounts of data. And when it does that, and only that, nothing compares. And the most obvious instance is, of course, when you mine with it. It is catastrophically impressive.

Has memory intensive tasks go (gaming anyone?), as I said earlier, a quad-channel memory configuration is just too little, and it does not feed the 32 cores fast enough, creating a bottleneck and place it right behind the Threadripper 2950X or the Intel Core i9-7980XE performance wise

And that’s where the end of this review is somewhat surprising.

As I was benchmarking and benchmarking, one thing came into light… Even though I was reviewing the 2990WX, really what impressed me was the 2950X.

The 2950X has fewer cores, 16 to be exact, and that’s just the right amount for a quad channel configuration, and whatever bottleneck we had, disappeared when it came to memory and multi-tasking intensive tasks. And it does cost 900 USD less…..

So yes… if you are deadly focused on rendering or even mining, the 2990 WX is where you want to put your money. But if you are looking for a more rounded CPU, which will still provide an insane amount of computing but also can run memory-intensive tasks without shocking (yes, that means higher FPS counts in gaming)… then… I would suggest the 2950X instead.

As for me, that’s where I am putting my money. The Threadripper 2950X

Absolutely best on the market for rendering and computing, but surprisingly poor on memory intensive tasks such as gaming. This is a professionally graded processor. Make no mistake about it.

NVIDIA new RTX 20 series. What you need to know.